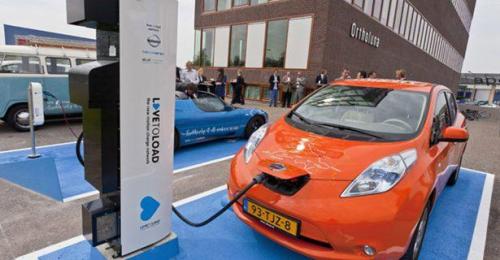 Hugo.com learned from the European "The Local" report on May 29th that the number of electric vehicles registered in Germany has only reached 7,000, but German Chancellor Angela Merkel quoted statistical data, she said that the German electric car The development of the market is full of confidence and optimism.

In 2009, the Merkel government had announced that the number of electric vehicles in Germany should reach at least 1 million. She said: "Our goal is great, but the possibility of achieving this goal is also very great."

Electric vehicles have many advantages. They emit almost no exhaust gas, which is of great benefit to the clean air of crowded cities.

Since the 2011 Fukushima nuclear accident in Japan, Merkel launched an ambitious energy transformation plan that aims to shift from traditional energy sources such as oil and nuclear energy to renewable energy such as wind power, solar energy, and biofuels.

The German Chancellor stated that encouraging the development and use of electric vehicles is an indispensable part of achieving energy transformation goals. Given that the automotive industry is almost a quarter of Germany's total exports, electric vehicles will be one of the "cores of our industrial production."

Henning Kagermann, coordinator of the electric vehicle development platform, predicts that according to the current trend, it will not be difficult for German electric vehicles to reach 600,000 by 2020. At present, hybrid cars only account for 0.13%.

German automakers will produce 15 electric vehicles in 2014 and plan to start mass production by 2017.

In the next three to four years, the German automotive industry will invest 120 billion euros in the research and development of new types of non-gasoline engines.

The source believes that as long as the price is reasonable and large-scale production, the goal of reaching 1 million electric vehicles in Germany in the next few years is achievable.

German Transport Minister Peter Ramsauer also said: â€œThe German government has no reason to retreat from this goal. I believe this goal can be achieved. Everything is difficult at first, but electric vehicle sales will inevitably grow rapidly.â€

Hugo.com has learned that in order to promote the development of electric vehicles and seize the global electric vehicle market, Germany has mobilized the power of political circles, academia, industry, labor unions and social organizations related to this, and has formed a federal-level coordination platform. . Below this platform are 7 technical and policy research teams or teams.

Germany has set a magnificent goal and will become a major supplier and a major market for electric vehicles around 2020. Germany regards the development of electric vehicles as opportunities and challenges in maintaining and expanding Germanyâ€™s leading position in all aspects.